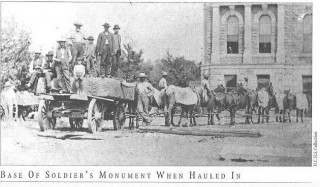 The Holmes County citizens had a spectacular July 4th celebration in 1887 when the Soldiers’ Monument was unveiled.  A committee headed by Dr. J. G. Bigham of Millersburg, a former soldier, was formed to raise funds for this monument.  This committee raised $2,312 for this effort.  The monument is made of granite, with the inscriptions of the names of four leaders of war: Washington, Jackson, Grant and Scott.

This is a picture of the monument being transported into Millersburg. 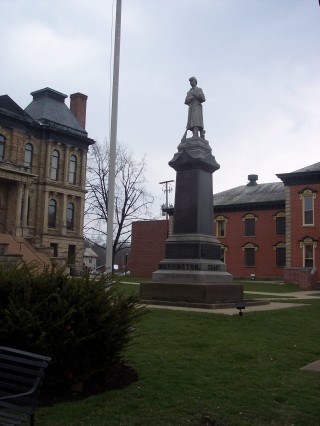 The Soldiers’ Monument in the Holmes County Village square today.

Visit the monument next to the Holmes County courthouse in Millersburg or read about the monument in Holmes county Historical Sketches by Brooks Harris.